Views expressed in this Amateur/Ham Radio News summary are those of the reporters and correspondents.

Please scroll down to read the complete report from W1AW and Tad Cook.

Very low solar activity continues.  Over the past week, average
daily solar flux changed insignificantly from 67.1 to 67.  There
were no sunspots.

Geomagnetic activity forecast for the period July 19 til August 14,
2019 from F. K. Janda, OK1HH of the Czech Propagation Interest
Group.

On July 17 spaceweather.com reported a coronal hole spewing a stream
of solar wind, with arrival expected to cause minor geomagnetic
upset around July 19 and 20.

VE6GK reported: “Almost 50 years since my first QSO and I still love
learning about and following the sunspot cycle.”

Also on July 12, KD4SR reported, in a message titled “Don’t forget
Sporadic-E. Yesterday I worked P.R., HH, HI, PV, and VE from Central
Florida on 6 meters, 100 watts, FT8. Japan was worked by others.
Europe, Africa, and all over North and South America have been
regulars on 6 almost daily.  G5RV and ground plane antennas.  Summer
is Es season.”

“The day before the IARU HF Championship, 10 meters opened fairly
well to Europe; around 2016Z I turned on the radio to find EA4ZK on
10 CW with a S6-8 signal and made an easy QSO.  This was followed by
CW QSOs with Belgium, Germany, Oliver, F6ARC in France, LZ1NK in
Bulgaria (moved up from 15M where he was S9, weak on 10), Karel,
OK1CF in Czech Republic, Italy, P44W in Aruba, and 8P5A, Barbados.
Also worked on 10M SSB were EC1KR in Spain and F4FPG. The last EU
QSO was OK1CF at 2217Z, an opening of at least 2 hours.

Chores prevented any activity in the contest on the 13th until 1910Z
when I found EI7M, Ireland on 10M CW. The 10M band was also wide
open to New England, NY, and FL.  Thanks to many IARU member
headquarters stations being on all bands whenever open, I managed
quite a few EU QSOs.

On CW, HQ stations in France, England, and later Belgium, Poland,
Czech Republic, and Slovenia were worked along with about 3 Germans,
Croatia, Belgium, Hungary, and England (last QSO at 2200Z).

On SSB at 1932Z I quickly worked 6 HQ stations in Croatia, France,
Serbia, Italy, and Switzerland, then later adding Germany.  It was
disappointing that there was almost no non-HQ activity on SSB.

The propagation highlight was hearing 4Z7ZZ in Israel Q5 copy here
calling IO8HQ in Italy; that is huge number of Es hops.  PX2A in
Brazil was also logged at 1916Z.

On 15 meters, the EU stations were more numerous as were many USA
stations in all parts of the country.  There was some propagation to
all of South America (Es to F2) and Hawaii was good copy via mostly
Es, I would guess.

By the time I managed some time on 20M, the Es to EU was largely
gone, but many EU HQ stations were still active with good signals.
Late in the evening past 0300Z I was called by ZL2BAQ and ZL4NR in
New Zealand, and VK4SP in Queensland, Australia on 20 SSB.

On CW around 0300Z, the band was open to ITU zones across Asiatic
Russia from Sakhalin Island to the Ural mountains, but activity was
low.

40M was open well to the USA, Canada, and Europe from sunset through
0300Z, but the HQ station count was lower than expected.

NU1AW, the IARU HQ station in Newington, Connecticut was very active
on all bands.  It was easy making QSO’s on both modes on 10 and 15M,
and CW on 20 and 40M.”

If you would like to make a comment or have a tip for our readers,
email the author at, k7ra@arrl.net.

An archive of past propagation bulletins is at
http://arrl.org/w1aw-bulletins-archive-propagation.  More good
information and tutorials on propagation are at http://k9la.us/. 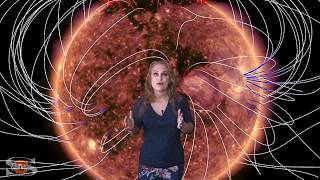 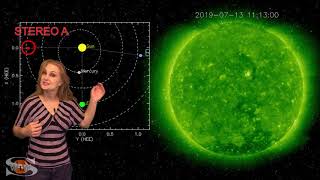 year.  The class begins on Thursday, 17 October 2019, at the Keaau Community

2019.  You can download all the rules and procedures here: