Please scroll down to read the full propagation forecast.

Here’s the latest propagation forecast from Tad Cook (K7RA) and his volunteer staff of observers.  Supportive documents are listed within the post.

Australia’s Space Weather Services issued a Geomagnetic Disturbance
Warning at 0022 UTC on August 16: “Geomagnetic activity is expected
to be at Quiet to Active levels due to coronal hole effects. A
period of significant southward Bz component could produce isolated
Minor Storm levels.”

What is the Bz component? It is a component of the interplanetary
magnetic field, or IMF.  The site
http://pluto.space.swri.edu/IMAGE/glossary/IMF.html explains:

“The IMF is a vector quantity with three directional components, two
of which (Bx and By) are oriented parallel to the ecliptic. The
third component–Bz–is perpendicular to the ecliptic and is created
by waves and other disturbances in the solar wind. When the IMF and
geomagnetic field lines are oriented opposite or ‘antiparallel’ to
each other, they can ‘merge’ or ‘reconnect,’ resulting in the
transfer of energy, mass, and momentum from the solar wind flow to
magnetosphere. The strongest coupling –with the most dramatic
magnetospheric effects– occurs when the Bz component is oriented
southward.”

A high-speed solar wind stream is expected to emerge from the
coronal hole.

Average solar flux went in the other direction, changing to 68.7
from 69.7 in the previous week. Geomagnetic indicators were higher,
with average daily planetary A index shifting from 5.7 to 6.9, and
mid-latitude A index from 6.9 to 7.3.

Activity is weak and should get weaker, at least until two years
from now in 2020 when we will probably reach the bottom of Solar
Cycle 24.

F.K. Janda, OK1HH sends us his Geomagnetic Activity Forecast for the
period August 17 to September 12, 2018.

Geomagnetic field will be:

Interesting article about cosmic rays can be found at,
https://bit.ly/2KTiMcH .  This article was written by Dr. Tony
Phillips of Spaceweather.com.

“Another quick note to let you know my latest ‘forecast shortie’ is
up for viewing on You Tube. However, I can report some good news
since I shot the forecast. A new, albeit tiny active region is
emerging on the Earth-facing Sun and is growing fast! This means
both solar flux and amateur radio propagation might be getting a
much needed boost over the next couple of days. I will be sure to
keep you updated on how this new region is progressing when I shoot
my full length forecast in the next couple of days. Again, a huge
*THANK YOU* to the Patreon members during this pre-launch phase, who
are making these ‘forecast shorties’ possible!”

If you would like to make a comment or have a tip for our readers,
email the author at, k7ra@arrl.net .

An archive of past propagation bulletins is at
http://arrl.org/w1aw-bulletins-archive-propagation. More good
information and tutorials on propagation are at http://k9la.us/. 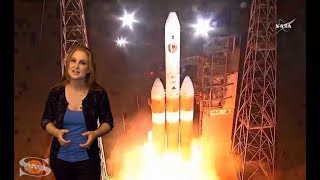 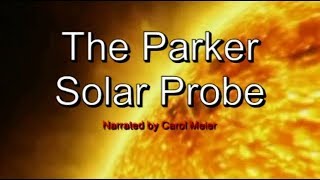 The Parker Solar Probe – Dive Into The Sun – Narrated Documentary